A Tribute to André Daguin 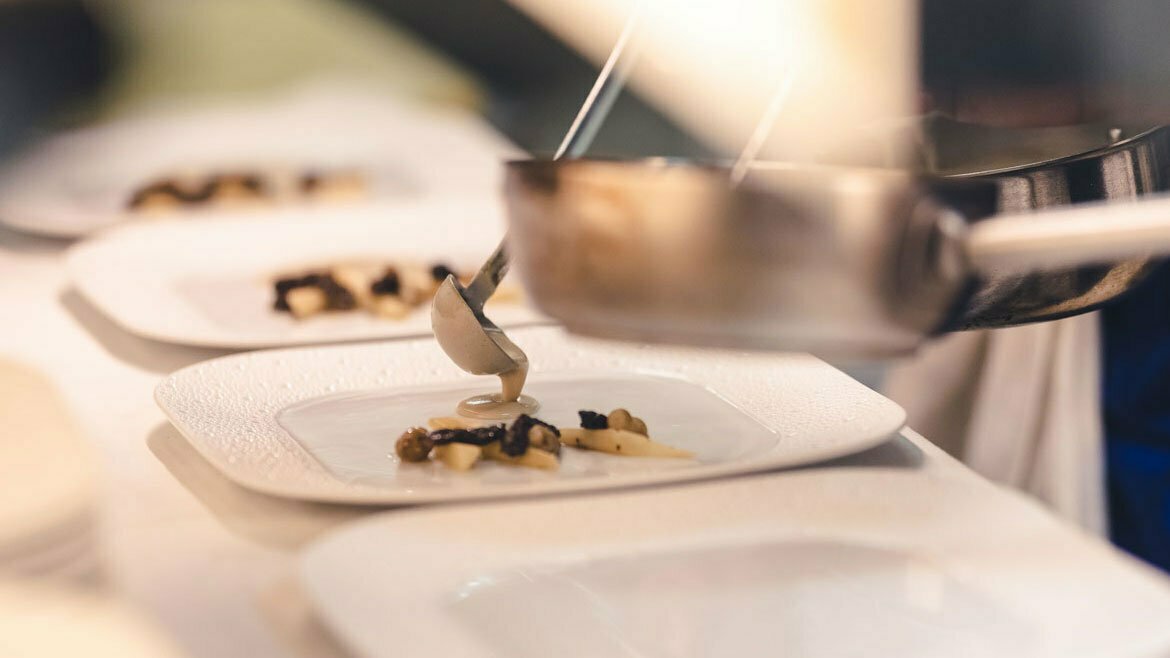 “In order to change tradition you must understand tradition”. These are the words of one of France’s revolutionary chefs, who transformed the culinary reputation of an entire region, and who sadly passed away early last month. So the next time you sit down to one of France’s, and Topaz’s, favourite dishes, magret de canard, spare a moment for André Daguin, the man who invented it in the 1950s and thereby put Gascony on every food-lover’s map.

It’s hard to imagine that magret de canard has not been a French staple since the dawn of time. So joyfully does the crisped fat marry with the tender and rich, succulent meat of the duck’s breast that it seems a blindingly obvious match. In fact, according to the traditions of the time before Daguin found himself faced in 1959 with a vanishing clientele thanks to the rural flight that gripped France in the years following World War II, the breast of a duck reared for producing foie gras was considered an incidental byproduct of the long-standing tradition of preparing confit de canard using the legs of those ducks. Sad, but true.

And so Daguin took radical action, and in applying a traditional rural approach to a steak, created a whole new tradition altogether. He called his new creation “grilled red meat” , and recalled later that many people who ate it thought they were enjoying a juicy hunk of beef. Some years later, he paired it up with a green peppercorn sauce, and a shooting star was born.

Daguin was 84 when he died in Auch — the same town in which he was born — a small commune with a population of just 22,000 people, which is nonetheless the capital of the Gers department, and the historical capital of Gascony.

He was a large man in every way, not just as a former rugby player, but also as a presence, social and political as well as culinary. He was the product of several generations of chefs and hoteliers, and was the third Daguin to manage the Hotel de France in Auch, where he won his first Michelin star in 1960, at the age of 25, and his second ten years later. He ceded the hotel to Roland Garreau in 1997, however the dish with which he made his name remains on the menu.

But Daguin was also a fierce advocate for the rich, but hitherto ignored, culinary traditions of his region, including foie gras, confits, garbure, a richly warming cabbage and pork stew, and of course the amber-gold brandy, Armagnac. He was tirelessly inventive too, though rarely receives the credit he deserves for the creation of a sublime dessert, prune and Armagnac ice cream.

And he was not above a little philosophy too, into which he could even wind one of his famed magrets, enquiring as to which sea does the magret de canard become the shore, as part of a metaphysical examination of life and death. It makes more sense when you read the original version, in one of the several cookbooks he produced.

André Daguin died peacefully on 3 December, near his home, with his wife at his side holding his hand, according to his daughter Ariane. We thank him for the culinary gifts he gave us, and you, and may he rest in peace.