The stars shone at Topaz on October 18, and not just in the skies above. We were thrilled to welcome Michelin-starred Chef Philippe Girardon for a stunning seven-course dinner of exquisitely delicate dishes that sparkled with bright, vivacious colour, texture and flavours.

Chef Girardon composed a menu that embraced his passions for flavour and gustatory journeys around the globe. The masterful creations of a man selected as Meilleur Ouvrier de France (best craftsperson in France) in 1997 wowed Topaz guests. They included wild pigeon with foie gras and black truffle in a green cabbage ballotine, and John Dory with a Château Chalon sauce and a crown of tapioca and wood sorrel.

In a nod to Cambodian flavours, the starter was composed of rock crab cannelloni with a swirl of cumin-spiced avocado mousse topped with grapefruit, cucumber and micro herbs.

Chef Girardon spent several days in Phnom Penh working with the Topaz team to put together his creations while passing on his valuable knowledge and skills. A man given to precision, he took time especially to work on plating and presentation techniques. In this way, all our guest Michelin Chefs are able to leave an indelible mark which Phnom Penh diners will be able to savour for years to come.

We would like to thank everyone who joined us on this spectacular evening. In case you weren’t able to make it, we are already making plans for our next Michelin event for Phnom Penh’s lovers of fine food and promise to keep you informed. In the meantime, for a taste of what’s to come, take a look at the photos below. 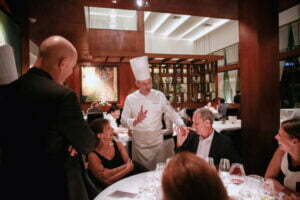 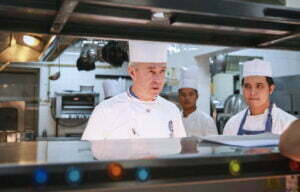 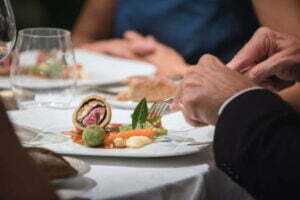 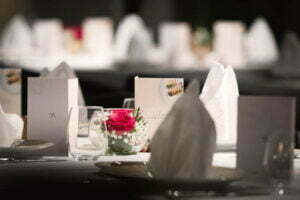 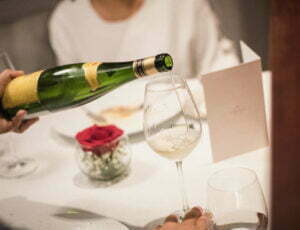